Jan 20-22 - U14AA Red, White and Blue competed in the 37th edition of the Esso Golden Ring Tournament.   All three teams battled hard through round robin play with each team earning a spot in the semi-finals on Sunday.   Red out dueled their sister team Blue to book a ticket in the final against Zone 2; who won a close game against White.   The final was a thriller with Red taking the early lead in the first period and Zone 2 battling back in the second to tie and then take lead earning them the gold. 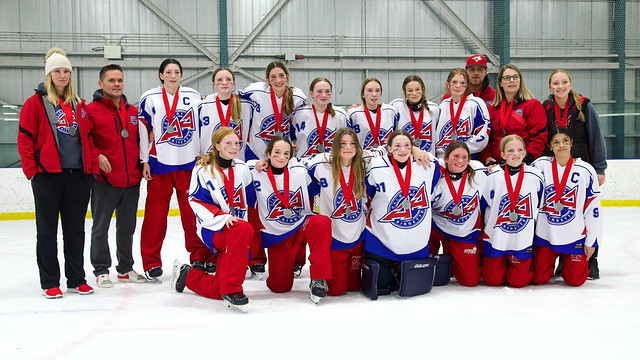 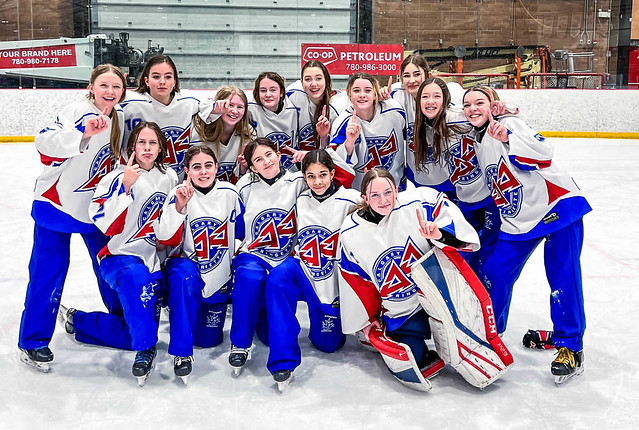 Leduc, AB:   Gold for U14AA White, Silver for U14AA Red and Bronze for U14AA Blue at the Wood Tournament

December 2-4 - U14AA Blue, Red, and White headed North to compete at the Edmonton Ringette Wood Tournament.   It was a fabulous weekend of great skill and competition with teams from Alberta and Saskatchewan. Blue and White went undefeated in pool play.   White carried on their unbeaten streak into the semifinals and earned a spot in the final.   Blue met up with their sister team Red in the semifinal on Saturday afternoon. It was very close game with back and forth battles between the two teams with Red winning by one. Blue headed into the Bronze medal game on Sunday morning where they came away victorious with another medal to add to their collection.  White and Red battled it out for Gold and Silver with White coming away with the victory.  A great weekend was had on and off the ice with many memories made by players and parents alike. 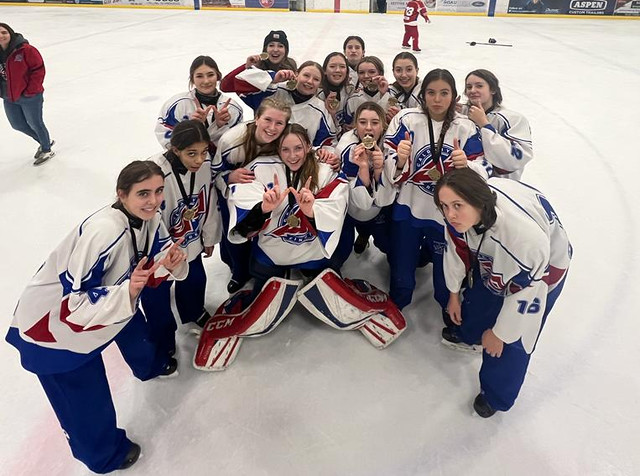 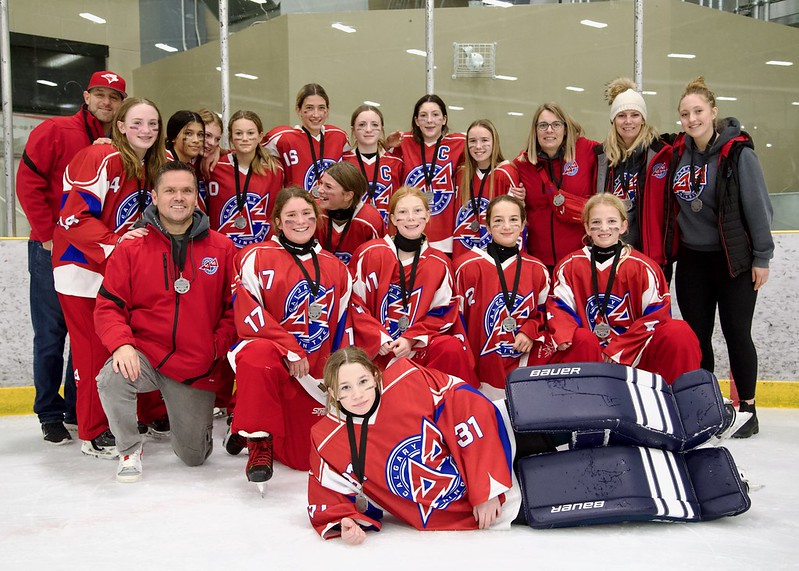 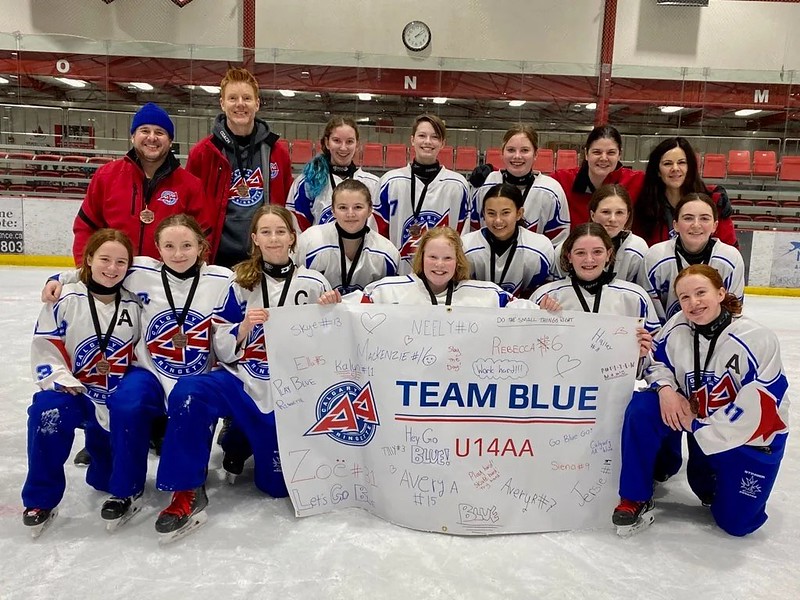 November 11-13 — U14AA Teams Red and White journeyed deep into beautiful Big Sky Country to lock horns with 7 other teams from across western and central Canada. Teams Red and White fought hard through intense pool play and the sister teams qualified to meet each other in a show down for the gold medal. Competition was fierce at both ends of the ice with both teams challenging non-stop for the ring. After two periods of back and forth battles, White emerged victorious to win Gold and Red won Silver - a great weekend of ringette! 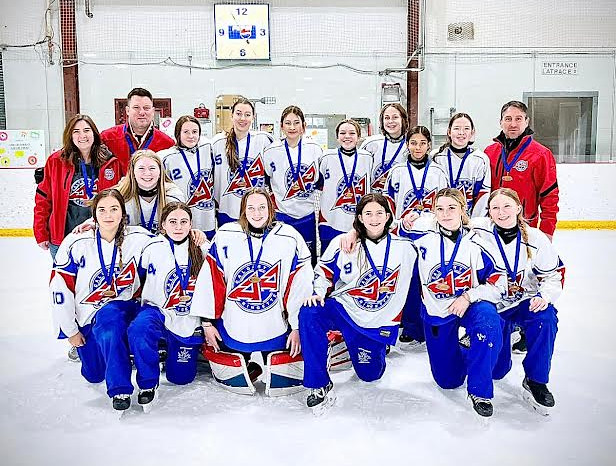 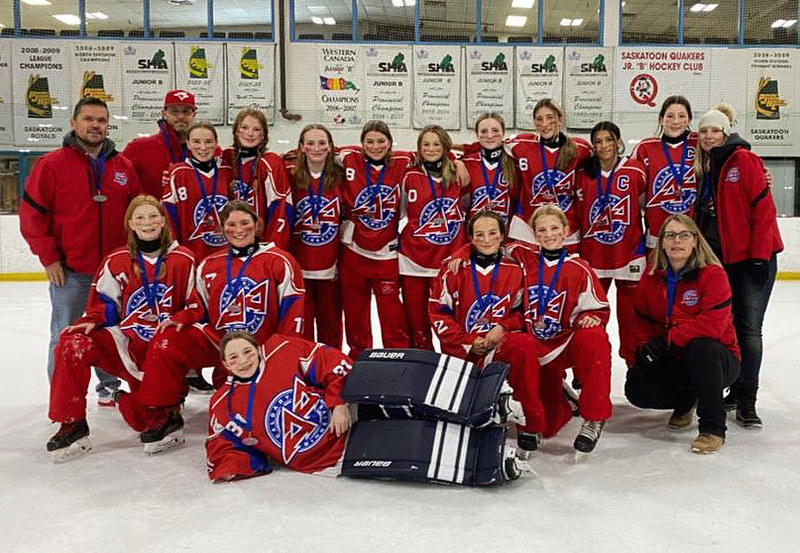 November 11-13 — U14AA Blue travelled the QEII north to Sherwood Park to meet at center ice with teams from northern and southern Alberta. Competition was stiff through pool play and Team Blue won through to the finals where they dug deep to claim the gold medal. Well played by everyone! 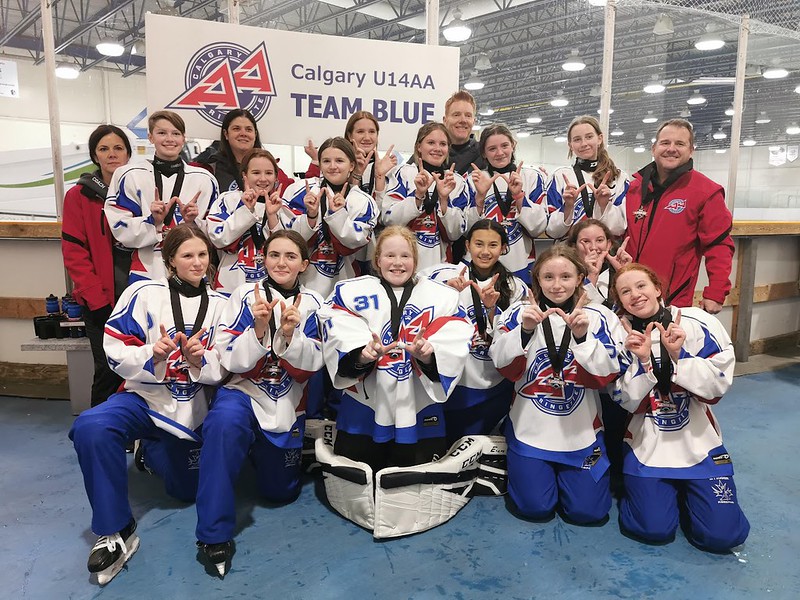 October 7-10 — U14AA Red was welcomed with beautiful late fall weather on their travels to St. Albert to compete in the Thanksgiving season tournament. Team Red clashed with stiff competition throughout pool play and earned a place in the finals. The final match was packed full of action at both ends of the ice and Red prevailed to win Gold - some great ringette to go with turkey dinner! 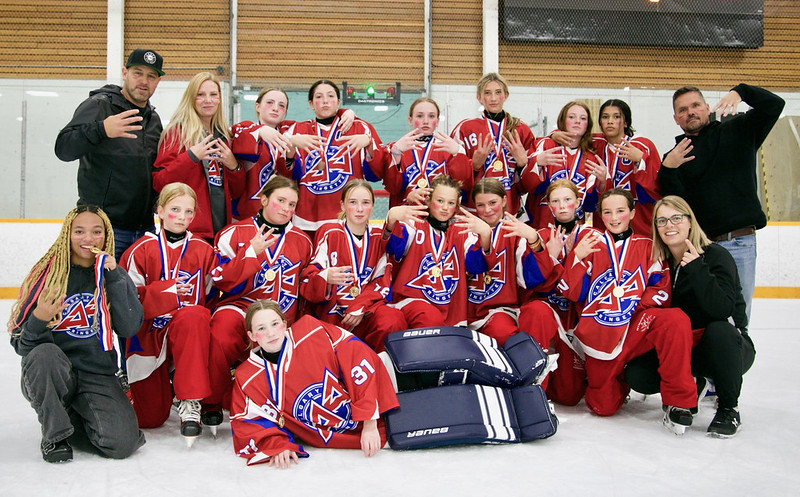