Jan 20-22:  U16AA CORE, Pace and Current competed in the 37th Edition of the Esso Golden Ring Tournament.  All three teams battled hard through round robin play with CORE and Current making it through to the Semi-Finals on Sunday.  CORE won a tight semi-final game against Zone 2 to book their ticket into the final against Sherwood Park.    CORE battled hard but settled for silver as Sherwood Park took home the gold. 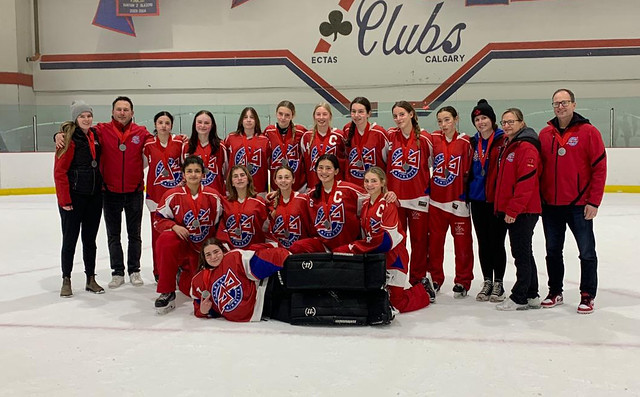 Ajax, ON: Gold for U16AA CORE at the Ajax Pickering Tournament

December 2-4 — U16AA CORE journeyed into the heart of southern Ontario to meet 7 other teams from across Ontario in the 44th Ajax Pickering Ringette Tournament. CORE fought hard through intense pool play and qualified for the gold medal match. Core pulled out all the stops in the final game and went on to win gold - nice job representing Alberta! 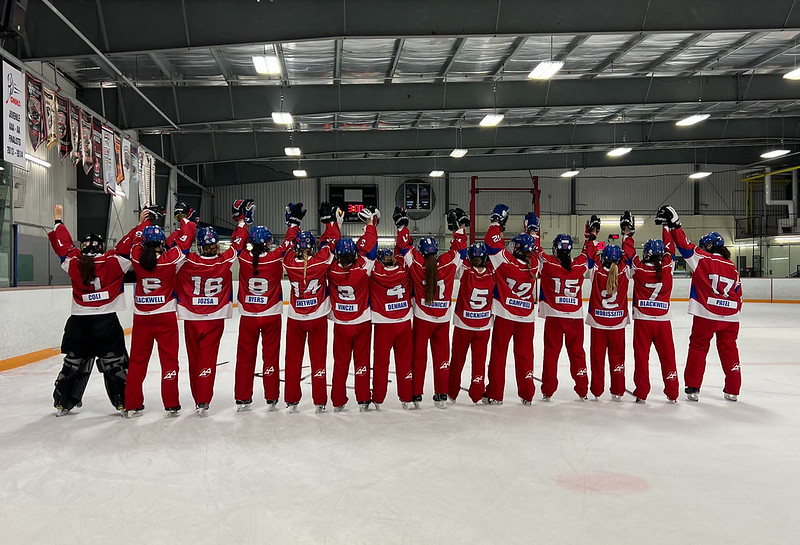 December 2-4:  U16AA CURRENT travelled north to Leduc to compete at the Wood Tournament with 7 other teams hailing from BC, Alberta, Saskatchewan and Manitoba. CURRENT rallied through their pool play to qualify for the semi-finals and move on to the bronze medal match. CURRENT battled in their final game, taking it into overtime and all the way to a shoot-out. Ultimately CURRENT fell just short of a medal that day but earned a Top 4 finish and had a great tournament with the many great competitors. 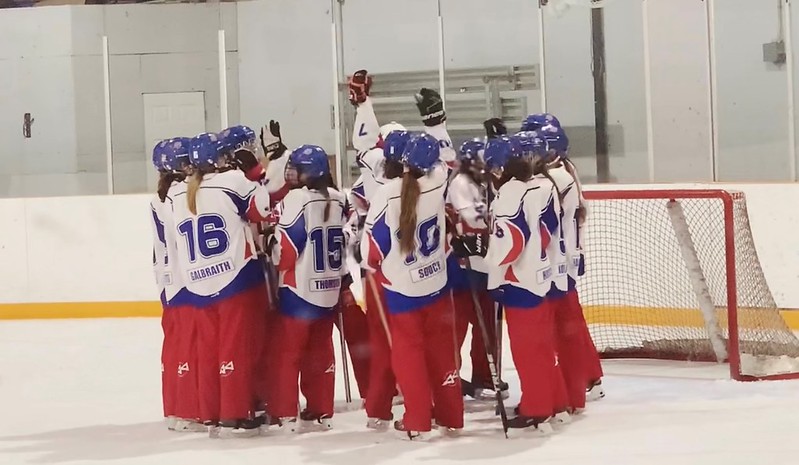 November 11-13 — U16AA Pace journeyed deep into beautiful Big Sky Country to lock horns with 9 other teams from across western and central Canada. Pace fought hard through intense pool play and qualified for the gold medal match. Pace dug deep and left it all on the ice in a fiercely contested final where they won gold - a great weekend of ringette! 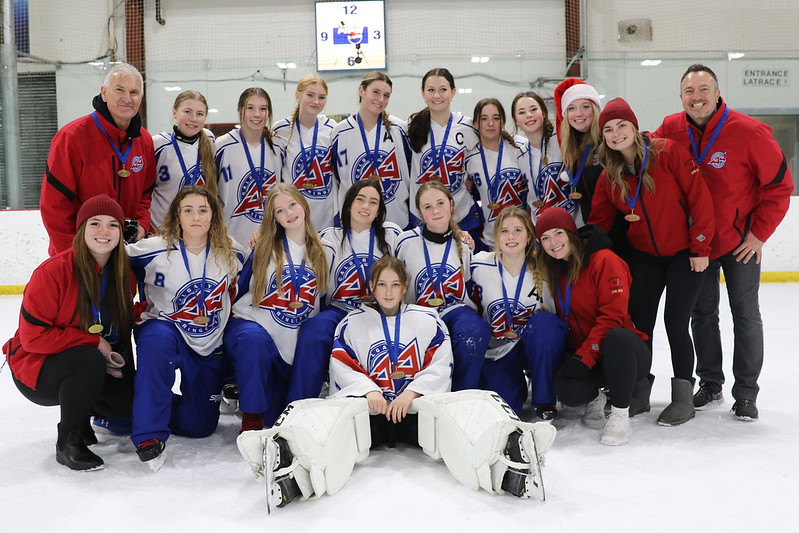 November 4-6 — Teams U16AA Core and Current braved the bitterly cold and snowy weather and journeyed into beautiful Big Sky Country. Competition was stiff through pool play with both teams battling hard against 4 other teams from across western Canada. Current qualified for the bronze medal match where they brought their moxie and determination to win Bronze. CORE battled through to qualify for the final where the team rose to the occasion and won Gold. A great weekend of ringette on the Canadian Prairies! 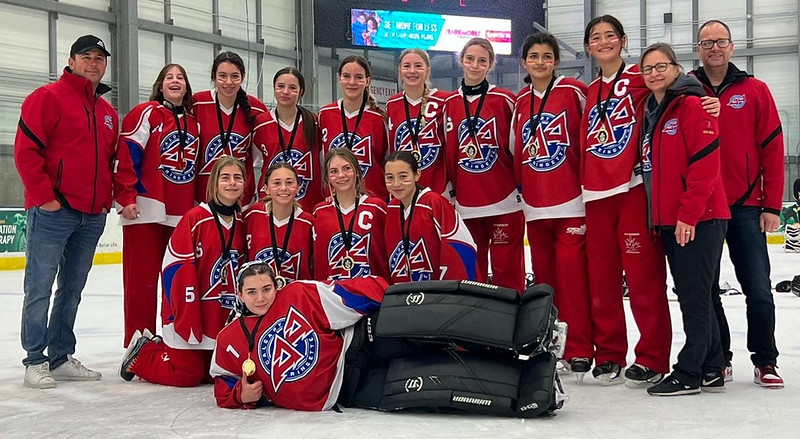 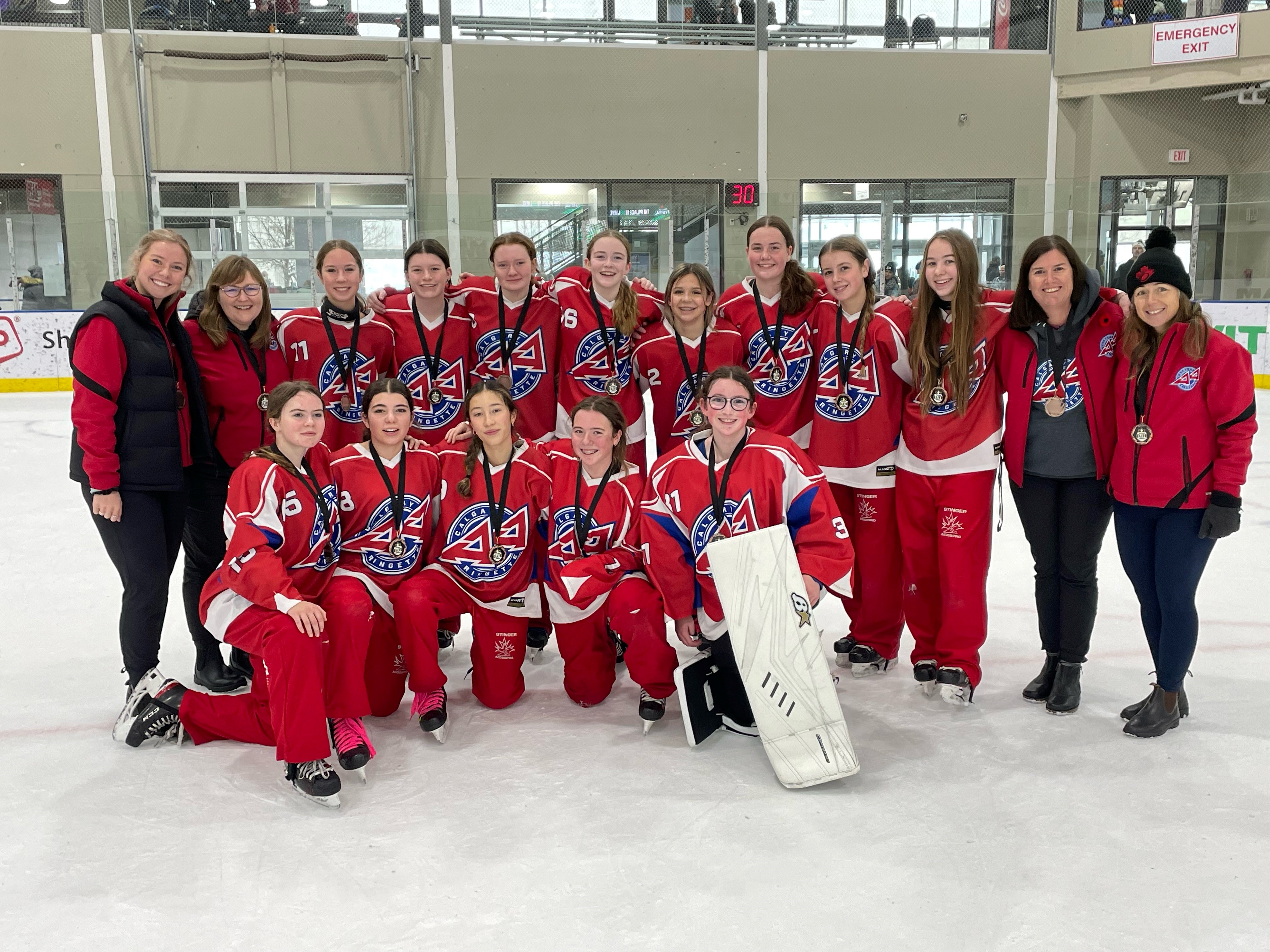