Jan 27 - 29 - U19AA Rise travelled to Montreal/St Bruno Quebec to play in the 33rd Edition of the Tounoi Des Intrepides. Rise went undefeated in round robin play and won their semi final game earning them a birth in the final against Rive-Sud.   Strong defence and a potent offence allowed Rise to win the final and claim the gold.   Bravo à tous! 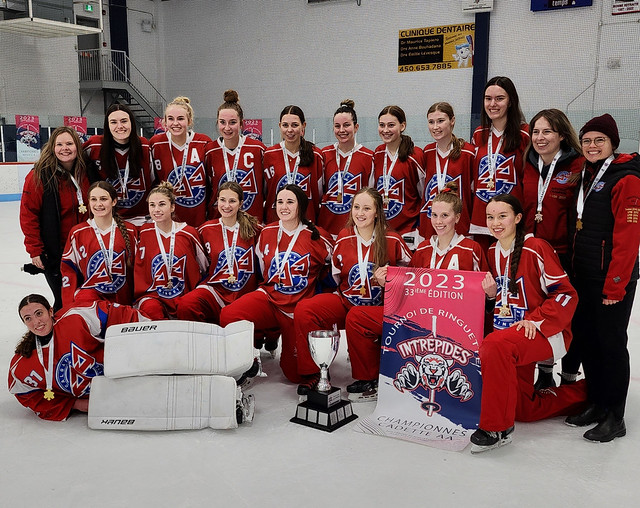 Jan 20 - 23 - After a two year hiatus, eight teams from across western Canada competed in the 37th Edition of the Esso Golden Ring Tournament.  Round robin play saw fierce competition for both U19AA Rise and U19AA Fusion.   Rise topped their pool and won their crossover game against Saskatoon sending them to the semi-finals on Sunday.  Fusion came second in their pool and won a tough battle with Regina in their crossover game earning them a semi-final game with Rise.   After a fast and exciting game, Fusion edged their sister team earning them a spot in the final against Zone 2.   The packed house at the North East Sports Plex was treated to an edge of your seat, nail biter with Fusion taking an early lead only to have Zone 2 battle back to tie the game and send it into overtime.  Fusion struck first in the extra frame to win the gold medal.  Another great weekend of ringette! 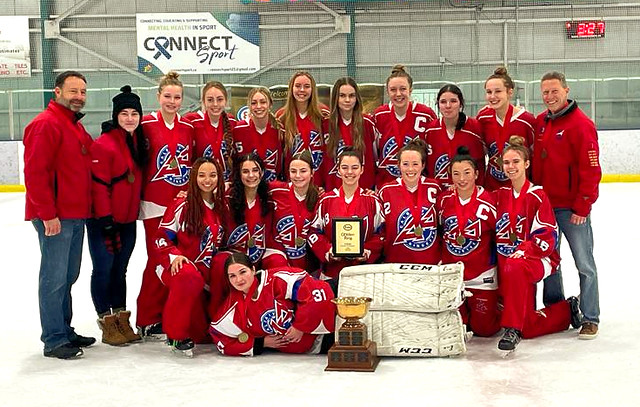 Dec 9-11 - U19AA Fusion travelled to Winnipeg to compete against three Manitoba teams.   Fusion went undefeated through round robin play earning a birth in the gold medal game.  In Sunday's medal game, Fusion put in a strong performance against the Angels claiming the gold.  A fun and festive weekend had by all. 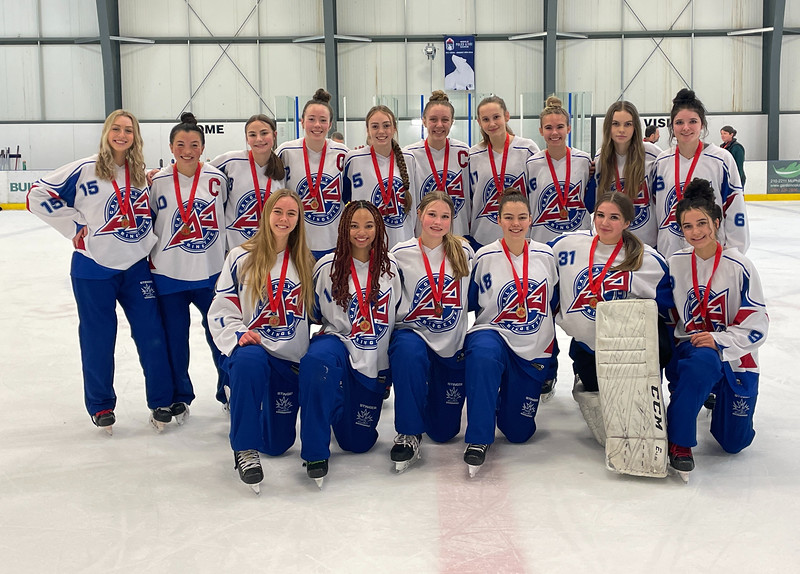 Leduc, AB: Gold for U19AA Rise at the Wood Tournament

Dec 2-4 — U19AA Rise travelled to the Leduc to do battle with 8 other teams from across western Canada. Rise fought hard through intense pool play and won their cross over game earning them a birth in the final against Zone 2. The medal game was an exciting nail biter that eventually went into overtime where Rise prevailed as gold medal champions - another great weekend of ringette on the Canadian Prairies! 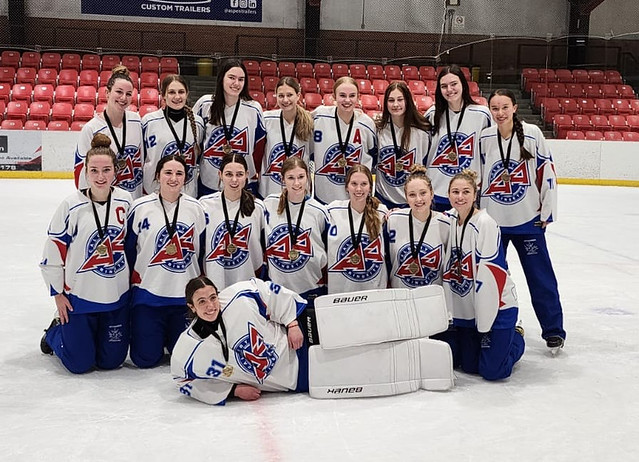 November 11-13 — U19AA Fusion journeyed deep into beautiful Big Sky Country to lock horns with 9 other teams from across western Canada. Fusion fought hard through intense pool play and qualified for the bronze medal match. The medal game was fiercely contested and Fusion persevered to win Bronze - a great weekend of ringette on the Canadian Prairies! 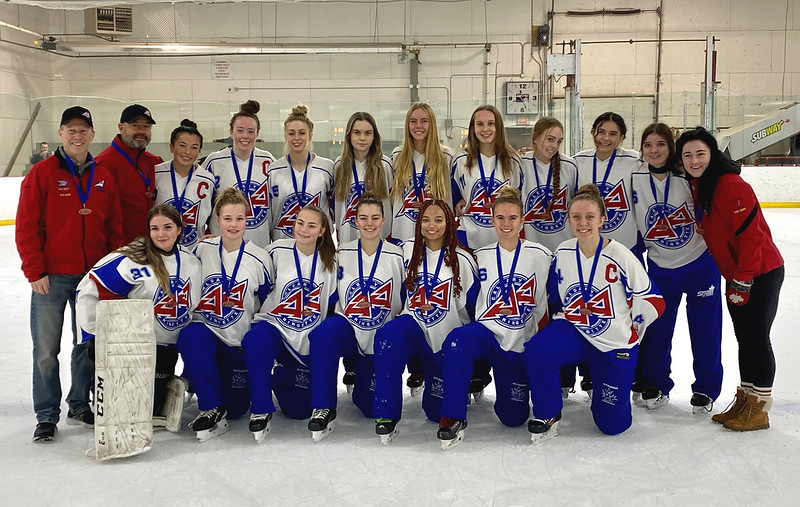